The enormous success of the third English dubbing competition

On the evening of November 10, the final of the contest began in the International Lecture Hall. This activity is sponsored by the College English Teaching and Research Office of International Business School（IBS） and co-organized by the Student Union of IBS. Since the preparation in October, it has been strongly supported by the leaders and teachers of the IBS. 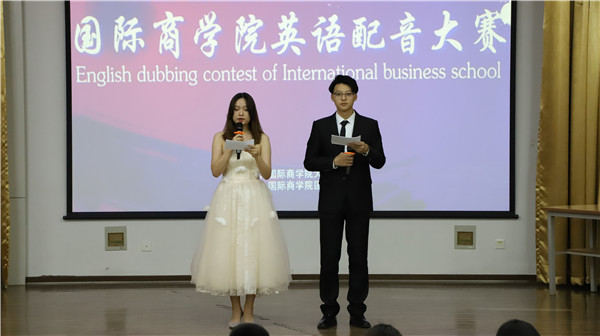 Dubbing is an artistic expression that activates sound into expressive power. In October, IBS held the Charm of Our Voice English dubbing contest to encourage students to use international communication tools to show their feelings and provide a platform for students to show their collective charm. Also in order to better enrich students' after-school life and increase stage performance and self-confidence. In the preliminary period, 122 people signed up in the Dream Space App, covering the students of each college from freshman to junior major. The students spontaneously formed a team of 1-4 people and handed in 3-6 minutes of voice-down video at the specified time so teacher could do a blind selection of qualified players. 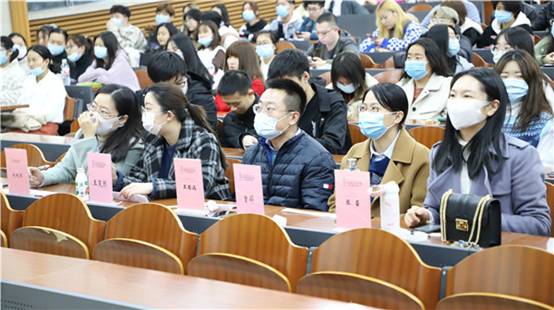 Finally, 15 groups of students are promoted to the final. During the preparation for the final, the promoted students used their after-class time to edit propaganda videos, train pronunciation and intonation, increase the fullness of voice, and the tacit understanding between the players. The effort after class was rewarded on the field, and the applause and approval of the audience were enough to show everything. Of course, the people behind a successful event can’t be ignored. In order to present a wonderful event, the responsible teachers and staff also work overtime, over and over to determine the details, rehearsals and adjustments. It was with their hard work that the competition was a complete success. 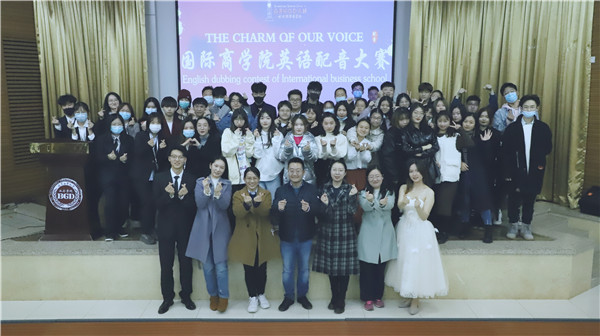 The competition fully demonstrated the attractive voice and infinite potential of the students, which also stimulates students' interest in improving English skills with different learning methods while improving their self-confidence and pride. It is believed that in the future, there will be more and more interesting skills events where students could give full play to subjective initiative, active practice, broaden their skills and level.